Ancient coins and artifacts serve as a tangible link to our history, allowing us to reach far back in time. In ancient times there were no newspapers and many civilizations issued numerous coins with motifs portraying anything from national symbols to the news of the time. Often the coins simply served as propaganda tools.

Coins were struck in Israel from the beginning of the 2nd Temple period until the end of the Bar Kochba revolt in 135 C.E. We briefly describe each period on this page. Please click on any of the links above for more detailed information on the specific period you are interested in. We are please to help when time alots, so if you have any further questions feel free to contact us.

Coins were first introduced to Judaea in the 5th century B.C.E. In actuality however, an agricultural and barter based economy meant that few coins circulated at that time. The coins that did originally circulate in Judea were brought in from the outside.

The first coins actually struck in Judea proper (then known as Yehud) are from the period of Persian rule over the land, circa. 4th century B.C.E. They were small denominations made of silver. This Persian period coinage was struck until Alexander the Great took control of Judaea in 332 B.C.E.

After the conquest of Alexander, minting of these types although with different motifs, was continued into the beginning of Hellenistic rule, and was discontinued in the 3rd century B.C.E. probably under the rule of Ptolemy II, the sponsor of the Septuagint (translation of the Torah into Greek by 70 Jewish elders).

Some coinage continued to be minted in auxiliary cities around Israel during the Hellenistic period, such as Ake-Ptolemais (modern day Akko). However, aside for a bronze prutah minted by Antiochus VII in Jerualem, minting of a substantive nature did not resume until the time of the Hasmoneans under the High Priest Yochanan (John) Hyrcanus circa. 135 B.C.E.  Recent research indicates that there may have been mints at Ascalon and Sebaste as well, during the Hellenistic Period.

From the Hasmonean period until the commencement of the Jewish War in 66 C.E., Judaean coins would be struck in copper, bronze (and more infrequently in lead) only. Hasmonean coinage ended with the defeat of the last Hasmonean King, Mattathias Antigonus in 37 B.C.E., by Herod. However, this was not before Mattathias struck some of the most significant coins in Jewish History, including the rare Prutah depicting the Menorah of the Temple and the showbread table.

Herod followed Antigonus by striking to series of coins. The first series was struck in Sebaste in year three of his reign probably originating with the pronouncement of it in 40 B.C.E. It is a handsome, bold and emblematic series including large denominations. He also struck a series of small denominations through is reign in Jerusalem and perhaps Caesarea, but these coins though more numerous are of poorer quality and inferior execution.
Herod’s son Archelaus followed him, but after he was banished by Augustus, coins in Judaea were minted by Roman prefects and procurators. There is a brief interruption during the short lived rule of Herod’s grandson Agrippa I who struck his own coinage. After his untimely death though, coin production continued under the procurators. There were coins minted by Agrippa II, the son of Agrippa I. However, those coins were not meant to be struck for the residents of Jerusalem but were struck in the Northern cities that he ruled.

On the eve of the First Revolt the Jewish revolutionaries produced a new coinage in Jerusalem. This coinage (at least the silver) was of a much finer quality than anything previously produced in Judaea. Coins were once again minted in silver (and also in bronze) until the end of the war. These coins had motifs which symbolized either the land, the Temple or prosperous times, and were meant to evoke feelings of national pride.

After the defeat of the Judaeans and the destruction of the temple in 70 C.E. there was one more spurt of Jewish coinage with the revolt of Bar Kochba. This mintage started on 132 C.E. and ended in 135 C.E. The coins were struck over Roman issues and like the earlier war coins were meant to stimulate Jewish support for the war effort.

Although Jews served as mint masters for numerous kings during the Middle Ages, and sporadically in early modern times, they would not issue coinage for the land of Israel until 1948 C.E.

As mentioned coins are not our only link to the past. There are many artifacts remaining from ancient times that can connect us to virtually any culture. Judaea is no exception and while there are some extremely rare items, which are often only displayed in museums, some artifacts such as Judaean oil lamps are so ubiquitous that they can be acquired quite inexpensively. Of course authenticity is always a question and a purchaser needs to be careful about the reputation of the seller he is dealing with or ask the advice of those who are knowledgeable. 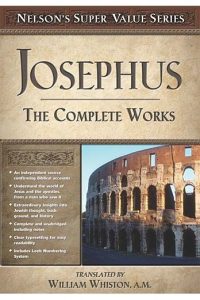 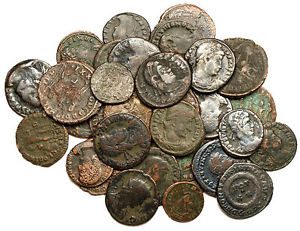 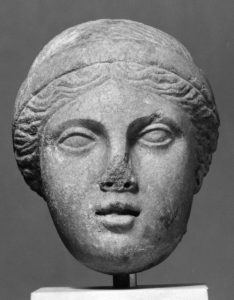 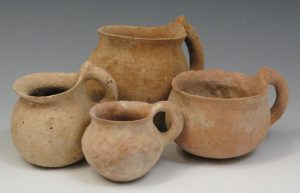 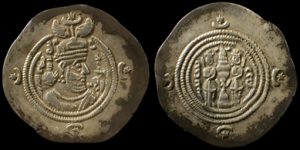